Wheels On The Bus Finger Play

Wheels On The Bus Finger Play Song Lyrics: The wheels on the bus go round and round…This Song is available on FingerPlays and Footplays for Fun & Learning

The wheels on the bus go round and round,

The wheels on the bus go round and round,

All through the town.

(Roll hands over each other)

The doors on the bus go open and shut,

The doors on the bus go open and shut,

All through the town.

(Hold palms forward and turn hands out and in)

(“Twinkle” or flutter fingers of both hands like coins falling)

The driver on the bus says, “Please move back”…

(Make “move to the rear” gesture)

The windows on the bus go open and shut…

(Move hands up, then down—or however the windows on the buses in your community move)

(Pretend to beep the horn on each word “beep”)

(Bounce up and down as if on bumpy ride)

The daddy on the bus tips his hat…

(Pretend to cry like baby, wiping tears with fists)

Wheels on the bus Finger Play Song is a  Most Popular Cocomelon Nursery Rhymes for children. This is one of the songs about a children’s bathroom, produced by Cocomelon. Include songs and lyrics for babies.

These kids songs are great for learning the alphabet, numbers, shapes, colors and lots more. We are a one stop shop for your children to learn the many joys of nursery rhymes. Subscribe to our channel and be the first to watch our latest fun kids learning animations!

CoComelon’s 3D animation and songs create a world that centers on the everyday experiences of young children. In addition to helping preschoolers learn letters, numbers, animal sounds, colors, and more, the videos impart prosocial life lessons, providing parents with an opportunity to teach and play with their children as they watch together. 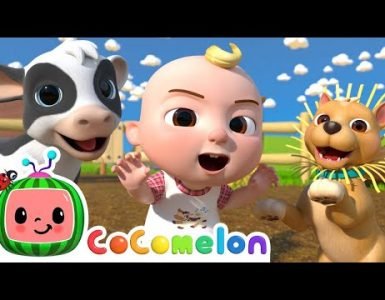 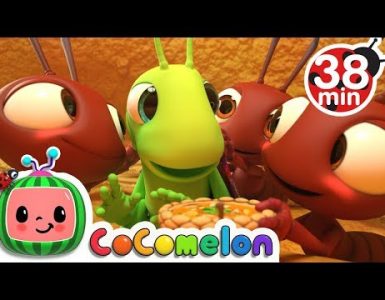 The Ant and The Grasshopper 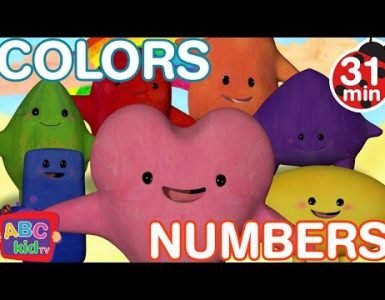